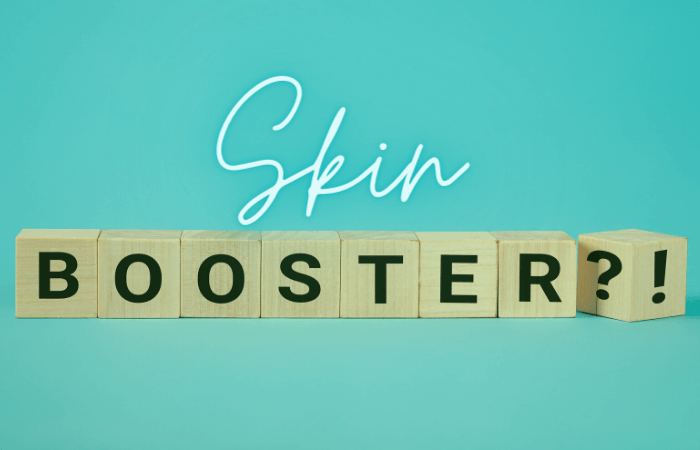 The Battle of the Boosters: Profhilo vs Hyaron

Although the injectable skin booster market has seen new players enter the game, the battle of Profhilo vs Hyaron – two of the most recognisable names – proves these injectable moisturisers are still reigning supreme.

On the surface of things, these injectables are very similar. They’re both made of non-crosslinked, non-animal derived hyaluronic acid, and each are primarily intended to hydrate the skin and improve its overall quality rather than to correct skin folds or modify facial contours. Both products are contained in pre-filled syringes of a similar size (Profhilo is packaged as a 2ml syringe, whereas Hyaron’s syringes are 2.5ml per unit).

With these factors in mind, the main question to ask is whether the differences between the two relate to their composition and activity once injected, or whether they relate more to how they’ve been marketed to the general public.

The difference: Profhilo vs Hyaron

Here’s a breakdown of the main differences between these two top injectables.

Profhilo is described as a bioremodeler. Like Hyaron, it contains a pure, synthetic version of hyaluronic acid, which helps to hydrate the skin and improve its elasticity. However, unlike Hyaron, the type of hyaluronic acid it contains is stabilised – albeit non-crosslinked. This gives it a decent amount of longevity; it remains in the skin for around thirty days once injected, which is a relatively long period of time.

Many of Profhilo’s benefits relate to its manufacturing process, from which many of its skin boosting capabilities are derived:

“[Profhilo is] produced with NAHYCO hybrid technology, an innovative patented thermal production process, by which HA is stabilized without using any crosslinking agents. Concentration of HA is 32 mg/mL, which is the highest among HA preparations. Further, the preparation has optimal tissue diffusion and high manageability, which enables a multilevel dynamic tissue remodeling”

(Source: Hyaluronan as a Prominent Biomolecule with Numerous Applications in Medicine)

This gives Profhilo its famous ‘hybrid’ properties that improve superficial skin hydration levels as well as overall tissue density. Its spreadability enables these molecules to reach the deeper dermis as well as the skin’s surface (epidermis), providing multi-level skin rejuvenation.

Profhilo also claims to initiate long-term ‘bioremodelling’ as well as increased collagen and elastin production. Most recently, the company has added to its product portfolio through the recent release of Profhilo Body.

Hyaron is classified as a biorevitalisant. Like Profhilo, it contains a single active ingredient, but at 10mgs HA/ml (each syringe of Hyaron contains a total of 25mgs), its HA concentration per syringe is less than half that of Profhilo’s. It is also comprised of Sodium Hyaluronate, a non-stabilised form of hyaluronic acid, which theoretically may not have as much initial staying power as Profhilo’s hybrid formula.

Unlike Profhilo, Hyaron’s HA formula is the same throughout – but at a consistently high molecular weight of 1500 kDa or kilodaltons (Profhilo contains only 50% 1100-1400 kDa HA molecules). Hyaron’s product classification does not intimate that it can improve dermal atrophy in the same way as Profhilo’s does; however, when it comes to providing a skin-plumping and thickening effect, it is clear that Hyaron’s HA molecular size would give the same level of improvement.

Additionally, the water-binding properties of HA mean that tissue density is invariably improved by using either product; in Hyaron’s case, injections can be delivered at a slightly deeper level to further stimulate this effect, or alternatively, at a more superficial level to improve surface-level hydration. The main disadvantage of using Hyaron superficially in comparison to Profhilo is that Hyaron’s thicker consistency leads to more cosmetic downtime when injected into the epidermis as it has less spreadability. However, this can be mitigated by careful injections and/or the use of high-quality needles.

Hyaron does have distinct advantages over Profhilo when it comes to the following:

Profhilo has a very prescriptive injection protocol (known as the ‘BAP’ or Bio Aesthetic Points technique), accompanied by diagramatic guides that relate to areas intended for rejuvenation – usually the face, neck, chest, arms and hands. No recommendations for other techniques are given by the manufacturer and training in this particular method is available at an additional cost.

In comparison, Hyaron is more versatile. There is no set injection protocol, although it can be delivered in an identical fashion to Profhilo if desired and it can also be used to rejuvenate the same areas. However, almost any injection method can be used to perform Hyaron treatments; a point-by-point technique, a ‘bleb’ technique, micro cannulas, a mechanical meso injector or multi-needle devices can be used. It can even applied topically as a gliding serum for microneedling.

For qualified practitioners, no product-specific training is required in advance of Hyaron skin booster treatments. Its non-crosslinked composition also means it can be injected at different depths in the skin – superficially, at a deeper level or both (multi-level injections), to improve skin hydration at all levels.

Hyaron can also be pre-mixed with other skin boosters such as Revitalex PDRN for more customised treatment results, whereas Profhilo is recommended for use alone.

There’s no doubt that Hyaron’s price point is more favourable. One syringe of Profhilo is over ten times more expensive than a box of ten Hyaron syringes. If the mg concentration of HA is compared between the two, a box of Hyaron syringes includes almost the equivalent HA mg content as four Profhilo syringes. Whereas the latter would cover a maximum of four treatments, a box of Hyaron covers up to ten treatments.

Each Hyaron treatment is close to 1/10th of the cost price of a single Profhilo treatment. This makes it an economical choice for both practitioners and clients.

Arguably, when it comes to evaluating the benefits of Profhilo vs Hyaron, they have equivalent advantages when it comes to the provision of tissue density improvements, as well as increased collagen and elastin production in the long term. This is due to the fundamental activity of HA in the skin that ultimately makes this product’s lasting benefits very similar to Profhilo’s.

For optimal long-term improvements, both Profhilo and Hyaron must be repeated at regular intervals. Two initial Profhilo treatments are recommended four weeks apart, with ‘maintenance’ treatments every six months or even yearly thereafter.

Although Profhilo’s HA active lasts for up to one month in the skin, this is not a significant amount of time. The fact remains that only two treatments are unlikely to effect much long-term improvement in the skin’s condition; if more treatments were sought, this would be possible. Due to the higher cost of Profhilo, this would be an expensive course of action.

With Hyaron, treatments can be performed as often as desired. An initial series of four treatments are recommended (with a minimum gap of around ten days to two weeks between), but this can be adapted or extended. For example, if Hyaron treatments were to be undertaken at monthly intervals, a box of injections would last for around 9 months – covering almost a year’s worth of treatments for a fraction of the cost of Profhilo.

WHICH SHOULD YOU BUY?

The stand-off between Profhilo vs Hyaron relates to the intense competition that characterises the injectable skin booster market. Both provide a similar level of improvement when it comes to achieving a ‘baby skin’ complexion. As injectable moisturisers are relatively new, there hasn’t been enough time for adequate studies on how they affect skin quality in the long run to take place.

Hyaron, manufactured by Dongkook Pharmaceutical, has been used since the late 1980s in South Korea. Its original formula was intended to improve osteoarthritis and joint function. More recently, its manufacturer has subdivided the brand into two different categories of product – Hyaron, which is used almost exclusively as a skin booster, and Hyaron First, which is intended for medical use.

Profhilo is much newer and was initially developed for the purposes of skin rejuvenation rather than joint function improvement. Arguably, the latter benefits from a more advanced process of manufacture. Fundamentally, these products are very similar in that they are both temporary skin boosters that require ‘touch up’ treatments to maintain their beneficial effects. Given their HA content, we can determine that any long-term improvements to be gained are similar.

We believe that Hyaron’s price point, adaptability and excellent skin boosting results give it the edge over Profhilo. If you’re still to be convinced, visit our Hyaron page where you can purchase either a single syringe or a box of ten – and give it a try for yourself!

Next working day UK delivery on orders before 3pm Mon-Fri